At the time of creation, Dom Pedro Victoria Golf Course in Portugal, with an area of about 90 hectares, was hailed as the most ambitious golf project Portugal had ever witnessed. Designed by true golfing legend, Arnold Palmer, there is absolutely no doubt that it has lived up to that lofty billing.

This is one of the golf courses in Vilamoura, Portugal, considered to be one of the best and most challenging in Europe, and features an exceptional driving range and a putting green of some 2,500 m2. All of this has made it the obvious venue of choice for many of the top international tournaments to visit Portugal in recent times. Indeed, it has served as the host venue to the Portugal Masters on every occasion since 2007, while the World Cup Championship was staged there in 2005.

The Par-72 Championship layout, measuring 6.651 meters (7,273 yards) from the Palmer tees, incorporates and has ensured the preservation of natural wetlands on-site, as well as the typical vegetation of carob, olive and almond trees. A significant proportion of Dom Pedro Victoria’s acreage is occupied by lakes, forming hazards to be avoided but which also have a strategic purpose in providing reservoirs for irrigation.

A number of teeing options on each hole (often as many as six are offered), accompanied by wide but undulating fairways, provide a fair test of golf, although water and cleverly-positioned bunkers pose a constant threat.

The Dom Pedro Victoria Golf Course, in Portugal, quickly became one of the best courses to play golf in the Algarve, with a layout that presents a challenge even for the most seasoned players. 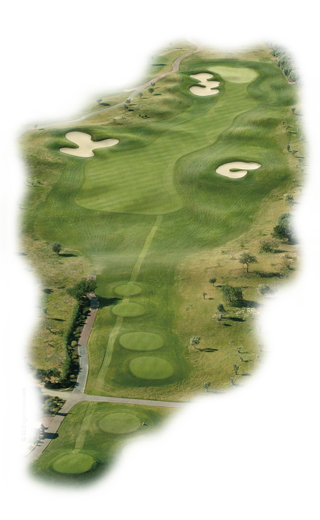 To begin the round, it is necessary to hit a strait good drive, far away of the bunkers which protect the fairway each side. Then play a medium iron to the undulated green, protected on the left side by a bunker. 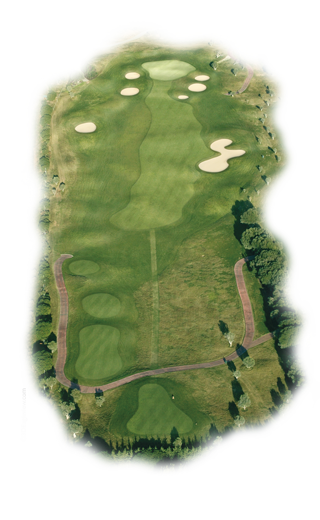 A good Tee off is the indicated to have a short and easy second shot to an elevated green, also protected by two bunkers. It is of a great importance to be aware of the flag position – in one of the two platforms. 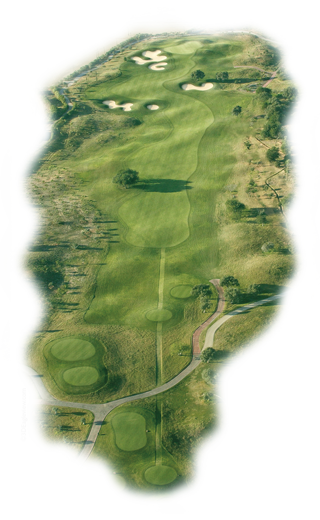 A good Tee off is the indicated to have a short and easy second shot to an elevated green, also protected by two bunkers. It is of a great importance to be aware of the flag positioThe tee shot is pretty easy, but it is convenient to be aware when playing the second and third shots, because of the fairway bunkers when approaching the green.n – in one of the two platforms. 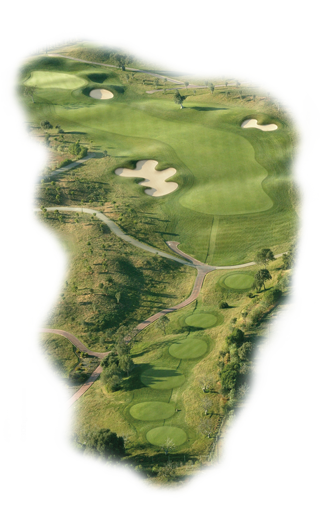 This is a left dogleg, where the first preoccupation should be to make the ball fly over the fairway bunker. Then you will find a slightly elevated green, protected by only one bunker on the right side. 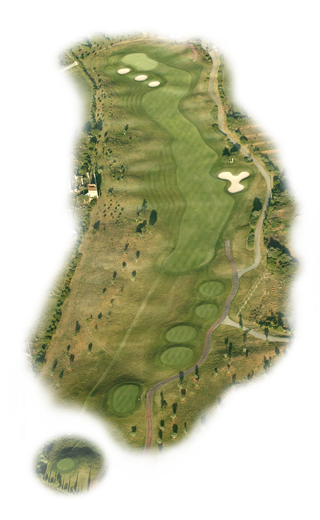 This is probably one of the course’s most difficult holes, where it is required a long and accurate Tee shot, since the descent of the drive to the right is protected by “Out of Bounds”. The entrance to the elevated green protected by three frontal bunkers represents another difficult shot. 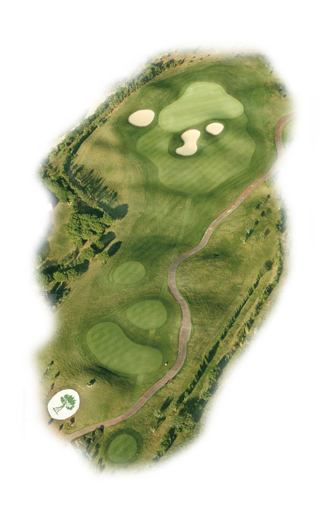 The longest par 3 of the round has a large and slightly sinuous green, that requires to be played with a long iron, trying to avoid the two frontal bunkers. 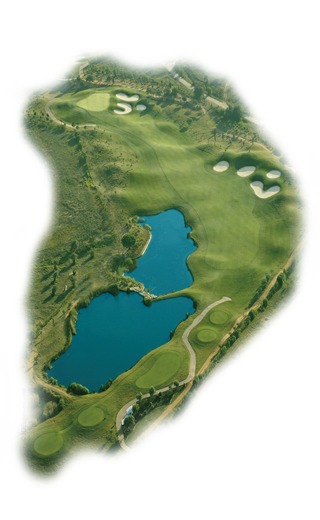 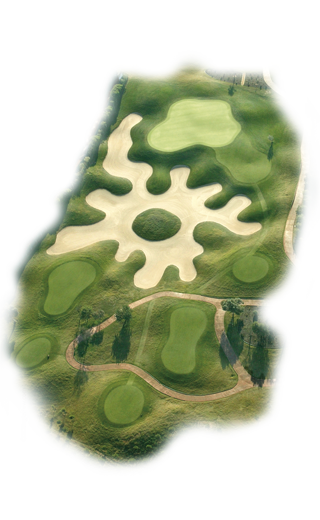 This is the round’s shortest par 3 which hosts the biggest green – 900m⊃2; of a pretty flat green, which is defeated by a huge bunker. 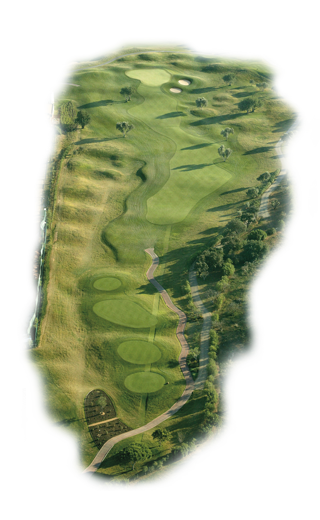 The naturalized bunkers on both sides of the fairway require a straight and accurate drive. When attacking the green, it is also necessary to be aware of the two small but incommodious bunkers on the right side. 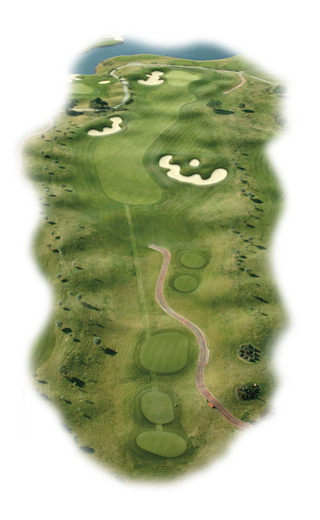 The undulating fairway creates the illusion that this 371m are shorter than they really are. After avoiding the bunkers of both sides of the fairway on the Tee off, get into the green by the right hand side – the bunker on the left side it’s a though one. 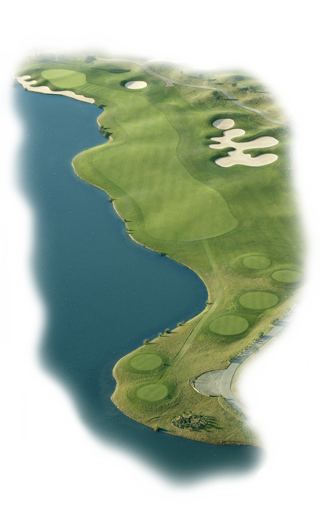 A hole to be played with intelligence – the drive’s descent is not easy since the hole is protected by water to the left and by two strategic bunkers to the right. The green is also protected by a beach bunker and water. 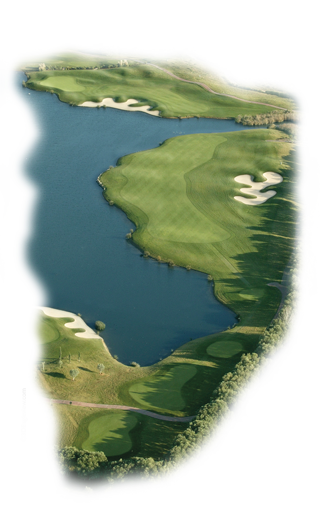 This is a highly complicated hole, requiring a straight drive between the water on the left side and the huge bunker on the right side. After a good Tee off it is possible to reach the green in two shots, flying over part of the lake and a beach bunker. 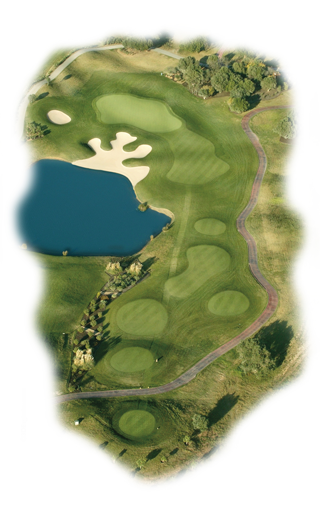 A highly complicated hole with a small green protected by a big frontal bunker and a smaller one on the left side. On the right side the sloping ground turns the approaching shot a hard work! 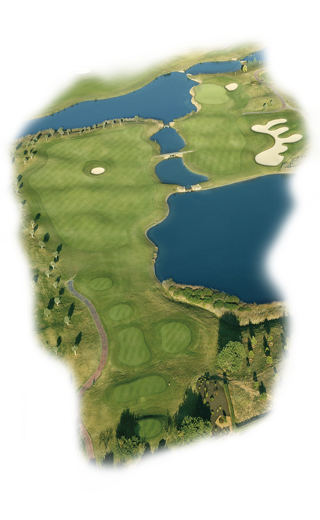 One of the most beautiful holes of the course. It has two fairways separated by a water-line and a couple of waterfalls. If playing through the left fairway, there’s only a small bunker, but the second shot turns to be really tough – an elevated green with water on the left side. If playing through the right fairway, after making the ball fly over about 200m, the second shot is a much easier one. 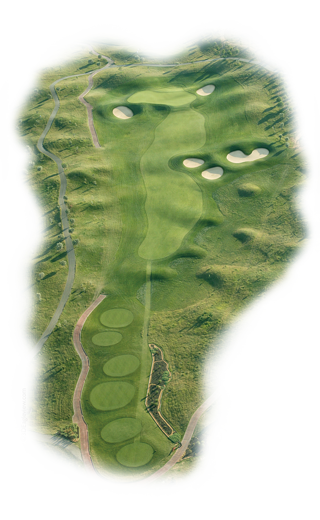 As the shortest par 4 of the course, this is a relatively easy hole without any great obstacles. The fairway is protected by bunkers to the right of the drive’s descent, and once crossed, a wedge can be used for the second shot– be aware of the depression before the green, it gets difficult when approaching from there. 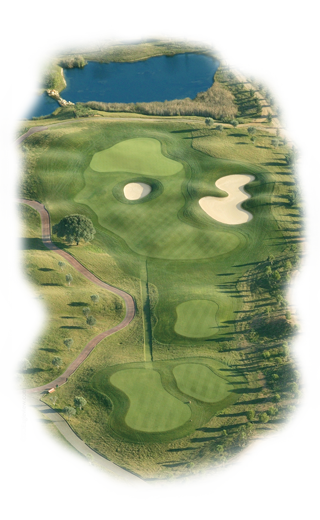 On the last par 3 of the course, it is required to hit a very accurate long iron, in order to reach the green. Aim to put the ball on the centre because of the frontal bunker and of the pronounced slopes in both sides. 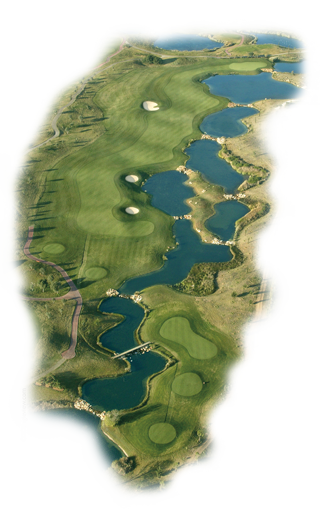 The “signature hole” chosen by Arnold Palmer is the longest hole of the course. All the dangerous sits on the right side, protected with water and several waterfalls. The approaching to the green, which is surrounded by water, is tough. 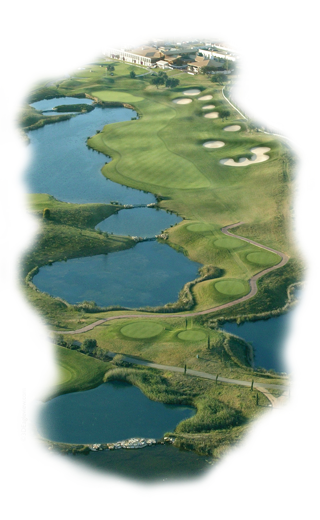 To play the most difficult and challenging par 4 of the course, with water on left side and several bunkers on right side of the fairway, it is required a good and long drive and a very accurate medium iron to get to the green, surrounded by water on the front and left side.

Safety Instructions (Self Protection Measures) are contained in an autonomous document and are available and on display at the respective facility.

The Emergency Plan is contained in an autonomous document and is available and on display at the respective facility.

Dom Pedro Victoria Golf Course is just 20 minutes drive from Faro Airport along the A22 motorway.

View the course on map.

Faro airport to A22 motorway

A22 motorway to Victoria Golf Course

Leave the A22 at the Boliqueime/Vilamoura exit, then follow directions to Vilamoura. On entering Vilamoura, follow the signs to Victoria Golf Course.